As a fanon wiki, we dedicate ourselves to respecting the official canon of the Alien series. Basically, all fiction posted on the site has to abide by the established storyline previously created by Fox; in other terms, they must fit within the storyline and not directly contradict canon.

This policy will allow readers, specifically fanon readers, not to be confused with your works. If you keep this rule in mind when creating your articles, it's certain that you will grow a healthy relationship with other users while you hopefully don't be criticized in the most unnecessary ways possible. This policy is created specifically to the more inexperienced users who aren't familiar with respecting canon.

According to Wikipedia: Canon is the conceptual material accepted as "official" in a fictional universe's fan base. Technically, this is correct fiction-wise but don't get it confused with the religious term. Canon is basically the whole structure the Alien films, games, etc. Storyline, official timeline, is all canon. For example:

Correct: Ellen Ripley was stationed on the Nostromo during the events of Alien.

Incorrect: During the events of Aliens, the USS Sulaco is destroyed.

Though this is no official word in the dictionary, it should be a well-known term to fan-fiction writers of all kinds. Fanon is the very writing we do on fanon-based wikis. One such wiki that lives on fanon is the Halo Fanon Wiki though the complete opposite of this wiki is Star Wars Fanon Wiki who shoots canon with a shotgun. Another unworthy site of canon-killing writers is the infamous Fan Fiction.net. Fanon is fan-created material designed to fit in with the existing canon. One such example could be that colonial marines spend the majority of their years in hyper-sleep. You see, that sentence doesn't contradict canon as it was never stated if marines do spend most of their military years in hyper-sleep and thus it doesn't contradict canon.

Does Your Article Contradict Canon?

To ensure that your article doesn't wreck the existing universe, you may have to take a few precautions before you publish it into the wild.

Does My Article Contradict Canon?

Does your article follow or keep up with the original canon? Does it have any material that can or cannot co-exist with canon? Examples include that Shaw and Holloway were married, Xenomorphs are machines or that the Space Jockeys are a well-known race. All of those statements contradict canon (Shaw and Holloway's relationship is never truly defined, Xenomorphs are biological weapons and the Space Jockeys are hardly ever elaborated on) and would thus become tagged as Non Canon Friendly. If your article sadly ends up becoming NCF then you would need to prove that it's possible/plausible or change it immediately to avoid it from becoming namespaced or deleted entirely.

A rare term that's not often taken into account by the majority of fan fiction writers. God-modding is pretty self explanatory. It refers to those games which had hidden cheat codes that made the player virtually unstoppable in any way possible. Sure that a marine in a power loader fitted with multiple smartguns and pulse rifles makes it a mere death-bringer but fanon is based on the story. Sure it may be possible if you explain thoroughly but most things in the universe have a certain weakness realism-wise. An example of a realistic power could be that Hicks previously had relationships with other women before Ripley. An example of a god-modded concept is that an entire storm of derelicts smashed into Earth and enslaved mankind.

Is Your Article Realistic?

Of course the entire universe of the Alien is entirely fictional and is unlikely to exist in our universe but as observed in the films, the series does have a sense of realism from the real world such as gravity and all laws of physics. It may be a strict policy regarding your imagination but it has to be plausible and possible. There are very few exceptions to this rule as the series of games are based on science fiction. So aliens, mutated human beings, biological metals etc are sure to exist in the universe but must have some sort of realistic and plausible reason behind it Alien-wise. For example, the Derelict in Alien was aged and the hull and interior featured a bony motif. 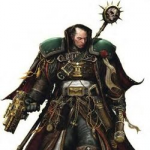 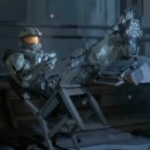 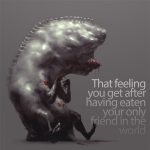