Corporal Kingston is a twenty-eight year old woman. She has a three year old daughter named Carly, but the father has not been identified. Her father is a retired Marine, and her mother a retired nurse.

Kingston is one of those people who can be sweet and loving, which is towards her daughter and parents, but can be vicious when she wants to be. To sum up her personality, she is hot and cold.

Kingston is Korean, Cuacasian, and Mexican. Her mother is a pure Korean and her father Cuacasian and Mexican. She has gray colored eyes and black hair, while Carly has brown, almost blond hair and blue eyes. Kingston stands at 5'8". She may be bitter towards men, but she is fiercely loyal to her team. She is slender, and men often try to take advantage, but she often lets them know that she won't be used.

Kingston wears standard armor and has two pictures on her helmet : One of her parents, and one of Carly. Often when she doubts that she will make it out alive, she looks at her duaghter and remembers why she cannot fail and die. 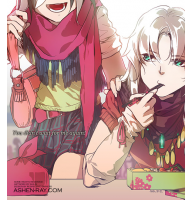