This article was written by 'User:Zel'no'di'. Please do not edit this fiction without the writer's permission.

Zel'no'di has a huge height advantage over all other Yautja including Braiidus,Draiel,and even Night Viper.He has a normal yellow face like most Yautja do.He is stronger than all Yaujta except Night Viper which they are completly matched in strength and skill.He has a chipped bone in his upper right mandible do to the result of his hundreds of hunts.He has different color eyes one is red(left) the other is black(right).

On his 700th birthday the only thing he wanted from his father wasn't weapons,upgrades,or any special treatment all he wanted was a match,with his father.They went to the battle areana to fight for the throne.The battle started with them both taking their weapons off.The areana spikes shot up,and the other Yautja were in the seats roaring for both sides.Zel'no'di took off his mask so did his father.Zel'no'di threw punches that were almost invisible to human eyes.Zel'no'di father was already 1036 years old,and he wasn't as agile as he used to be.He then fought back he punched,kicked,and slammed Zel'no'di into the ground.Zel'no'di then got up rammed his father into a stone wall.His father looked at him and gave up he was to old to fight.So they both shared the throne for the rest of their lives.

Zel'no'di, referred to as 'One bad hombre' by the Spartans and marines, is a Yaujta legend and the king of all Yaujta on Yautja Prime. The alpha male of his kind, Zel'no'di is a giant at 12'6 feet tall, making him the tallest of his species. He has a two brothers named Braiidus andl Draiel.He has a large amount of weapons some from his father some self made.Inherited from his father, Zel'no'di's overpowered plasmacaster fires highly unstable red plasma.Draiel is a bounty hunter for upgrades to his weapons and Zel'no'di has every Yaujta weapons there is. He has a collection of hundreds of different skulls from Xenomorphs,Humans,and Queens, with room left on the walls for elites, grunts, brutes, drones, jackals,hunters,skirmishers,and Alien Troopers or the sniper version of them named Special Purpose Snipers or SPS.

Battle of the Sub-species

He was hunting on the Xenomorph planet Xenomorph prime when marines entered a cave there. The marines also elites(from Halo) got a distress beacon from a squad attacked by the Xenomorphs. Zel'no'di was hunting when they disturbed his hunt. The elite known as Xyantos fought him in a wristblade energy sword duel. After the fight ended Zel'no'di promised himself he would skin Xyantos alive making a body trophy out of him.In his efforts he has killed many different marines,brute,elites,hunters,drones,jackals,skirmishers,and even the replacement in the covenet for the loss of the elites known as Special Purpose Snipers or SPS and Alien Troopers known Xaza'ni or nicknamed by the marines Leivthans.

Zel'no'di has been alive for over 722 years and in that time he created the Zexlem Clan at a normal Yautja's age.He was about 430 years old when he did.It along with the White Fang Clan have been very sucessful.Even though the Zexlem clan is only 293 it is one of the most brutal clans in the galaxy.Unlike most clans there is only one Zexlem clan in the galaxy and is exclusive to the Omega Yautja.

The Zexlem clan has a assortment of different weapons.They have all the normal Yautja weapons including a few exclusive weapons to their collection.One is a weapon called a Claive.It has a blade at the end of each side.It is curved to make a half a circle look.It is like the Glaive including the name.The other is the Knuckle daggers.It has a metal rod and three blades sticking out of it.You put your fingers through the parts without blades and then you slash at the enemy. 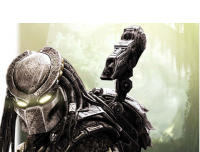 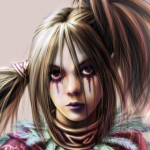